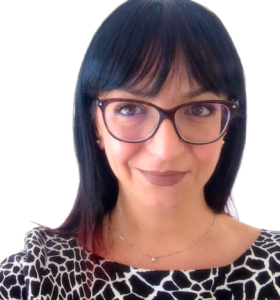 Arianna is an Associate Fellow at IPPR North.

Arianna is an associate professor/reader in local politics and public policy and the deputy director of the Local Governance Research Centre (LGRC) at the Department of Politics, People and Place, De Montfort University. Between July 2019 and February 2020, and again between December 2021 and April 2022, she served as interim director of IPPR North.

Arianna’s work focuses on the politics, governance and political economy of the north of England; ‘levelling up’ and regional inequalities; devolution, multi-level governance and constitutional change in the UK; and the changing landscape of local government, especially in the context of austerity, Brexit and Covid-19 recovery. She has written extensively on these topics, and her latest book ‘Developing England’s North. The Political Economy of the Northern Powerhouse’ (with Craig Berry) was published by Palgrave in 2019.

Her work actively engages with the world of policy and practice. Most recently, she was on the executive of APSE’s Local Government Commission 2030 – and independent inquiry into the future of local government in the UK. She has contributed to several IPPR North research projects, and in 2019 she co-authored the State of the North report ‘Divided and Connected Regional inequalities in the North, the UK and the developed world’ (with L. Raikes and B. Getzel).

Rethinking levelling up: Caring for place, empowering connectors, and redesigning our culture of governance

IPPR North responds to the Levelling Up White Paper

Exposed: The gap between levelling up rhetoric and reality

Why is a devolution framework needed to ‘level up’, and what should it look like?