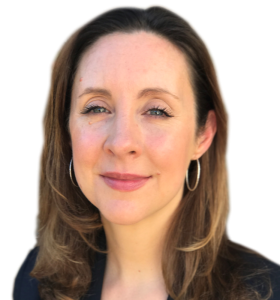 Clare leads our research on public services, social security and the future of the welfare state.

Clare rejoined IPPR in September 2015, after spending over a year seconded to the Cabinet Office, advising on civil service reform for Civil Service Group. She was previously a senior research fellow at IPPR where she worked on social policy, including employment and social security, and helped re-establish the energy and climate change programme at IPPR.

Clare has wide-ranging research and policy expertise and is currently head of IPPR’s Future Welfare State programme. She co-founded and now chairs the London Progression Collaboration, a £1.2m pilot initiative to tackle the lack of progression opportunities for low paid workers in the UK. Her research interests include public services, demographic change, welfare state reform and gender and family policy. She is an expert adviser for several academic programmes, including the ESRC Centre for Micro-Social change at the Institute for Social and Economic Research at the University of Essex.

Before joining IPPR, Clare was a policy and media manager at Addaction, the national substance misuse agency, and worked for the Young Foundation and several international NGOs, including the International Federation of the Red Cross and Red Crescent.

Clare has appeared often on national broadcast media, including BBC Newsnight, BBC News, Sky News and BBC Radio 4, and has written for a range of newspapers and websites. She has a first-class honours degree from the University of Edinburgh.

On the eve of the Conservative Party leadership election 2019, Clare McNeil speaks to BBC Newsnight about the candidates' fiscal policy.

A family stimulus: Supporting children, families and the economy through the pandemic

1.1 million more people face poverty at end of 2020 as a result of coronavirus pandemic, finds IPPR

The decades of disruption: New social risks and the future of the welfare state