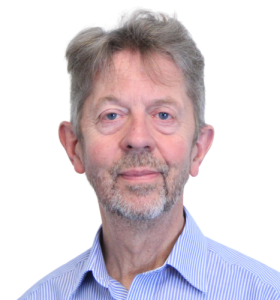 Director of news and communications

Their aim is to ensure that IPPR’s work is widely disseminated and understood - by the public, as well as by politicians and policy makers – using the full range of modern communications tools to achieve maximum impact.

David joined IPPR in 2018 and played a key role in the launch of the Commission on Economic Justice final report. He secured widespread coverage of its radical findings – including by newspapers from the Financial Times to the Daily Mail and by the BBC, news websites and the New York Times.

A former national newspaper journalist, he worked at the Independent and the Telegraph before becoming communications director of Start Network, an emerging global network of humanitarian aid agencies.

At the Independent he was foreign editor, managing teams of journalists reporting from some of the world’s worst trouble spots. He previously held the same role at the Telegraph as it moved into a new era of web publishing and digital content.

Before that he was political editor of the Sunday Telegraph, breaking stories from inside Westminster for more than a decade, and then its Washington correspondent. His first national newspaper job was with the Scottish Daily Record in Glasgow.

Starmer right that pandemic must be turning point for UK economy with more active partnership role for state, says IPPR