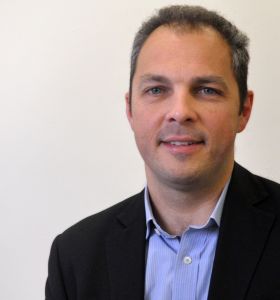 Ed has led IPPR North, IPPR's dedicated thinktank for the north of England, since 2009.

He was Deputy Chair of the Northern Economic Futures Commission, which set out the first comprehensive industrial strategy for the Northern economy in 2012.

He has written over 20 reports on topics covering Northern schools, skills, banking, Brexit, devolution and health innovation. His work on transport laid down a blueprint for what has become Transport for the North and he chairs the Northern Ports, Freight and Logistics Forum.

He is also a leading expert on devolution, having published the seminal report Decentralisation Decade and been a long-standing champion for metro mayors and other democratic reforms. He is a champion for a stronger Northern voice in national debates about economy and society.

Before joining IPPR in 2009, Ed was policy adviser to the communities and local government secretary. He was previously the director of policy and public affairs at the Local Government Information Unit, and served as a commissioner on the Government's Commission on Integration and Cohesion.

Living in Manchester, Ed's background lies in community activism. He worked as coordinator of the Community Pride Initiative, wrote Manchester’s first Community Engagement Strategy and was a member of the Manchester Local Strategic Partnership Board. He is chair of a multimillion-pound community regeneration partnership in his local neighbourhood and church leader at Levenshulme Inspire United Reformed Church.

Ed makes regular appearances in the media, recently appearing on BBC Breakfast, the Politics Show, BBC Radio 4’s Today Programme and writing articles for the Guardian, Independent and local newspapers. He is also a regular keynote speaker and chair at national conferences.

What now for the North? Realities, myths and collective intelligence in the northern powerhouse

The democratic dimensions of the Suffragettes' victory

Is a Council of the North on the horizon?