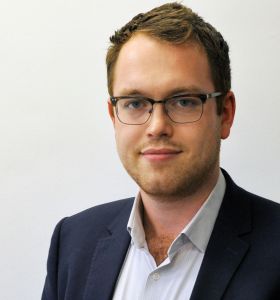 He recently delivered New Skills at Work, a three-year IPPR programme funded by JP Morgan Chase Foundation, that examined what the workforce of the future will need to succeed. He is a member of the Mayor of London’s Skills for Londoners Advisory Group.

He has appeared on BBC News and BBC Breakfast, and his work has been covered in national newspapers from the Guardian to the Daily Telegraph and the Sun.

Prior to joining IPPR, he worked as a political advisor to the shadow secretary of state for business, innovation and skills. He has worked as head of policy and research for a charity focused on employee involvement, and as a senior policy officer at the London Borough of Newham. He has a first-class honours degree from the University of Warwick in history and politics, and a master’s in history from UCL. He is a Councillor and Cabinet Member in the London Borough of Lewisham.

Why do productivity figures matter?: An IPPR explainer

What are the new cuts to incapacity benefits?: An IPPR Explainer

The Baker clause: One year on

Government urged to act over 'national scandal' of adult social care pay - as 54,000 in Yorkshire earn below Living Wage

Building communities that work: The role of housing associations in supporting employment

Power to the people: How stronger unions can deliver economic justice