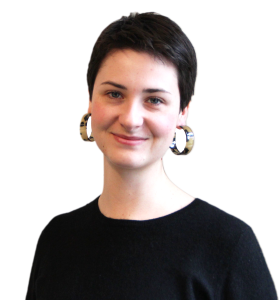 Lesley is a researcher in the economy team.

Her recent work has focused on the implications of environmental breakdown for various areas of policy, as well as gender and automation, and the gender pay gap. She has written for a range of publications and her research has generated front-page headlines.

Before starting at IPPR in 2016, Lesley was an Equalities Ambassador and Research Volunteer at two Edinburgh equality charities.

Women are twice as likely to hold jobs that could be automated. Without government intervention the increasing use of robots, cognitive technologies and artificial intelligence in the workplace risks widening existing gender pay and wealth gaps.

Our responsibility: A new model of international cooperation for the era of environmental breakdown

Our children need legal guarantees of a stable natural world to save them from a ‘toxic inheritance’, says IPPR

Inheriting the Earth? The unprecedented challenge of environmental breakdown for younger generations

The future is ours: Women, automation and equality in the digital age

The UK in the global economy