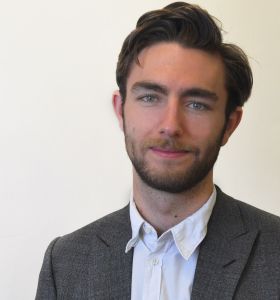 Mathew is a Senior Research Fellow in the Economy team.

He works on the IPPR Commission on Economic Justice, leading on the intersection between economic and technological change, political economy, and workplace democracy.

He is Editor of IPPR Progressive Review, which he helped design and relaunch in the summer of 2017.

Areas of expertise include:

Prior to joining IPPR, Mathew worked at the City of London Corporation, developing their cultural strategy, and for Fiona Mactaggart MP, researching workplace rights for migrant domestic workers.

He has a Dual MA:MSc in World History with Distinction from Columbia University and the LSE, holding the Columbia University Alliance Fellowship. He graduated with first-class honours from the LSE in international history, where he received the Sir Huw Wheldon Prize.

Mathew has extensive media experience including TV, radio and print.

IPPR Senior Economic Analyst, Mathew Lawrench, explains what automation is and how it is likely to impact the economy in the future.

IPPR Senior Research Fellow, Mathew Lawrence explains what corporate governance is, how it plays out in business and the impact on the wider economy.

The Digital Commonwealth: From private enclosure to collective benefit

Prosperity and justice: A plan for the new economy - Executive summary

The forward march of robots halted? Automation, employment and inequality