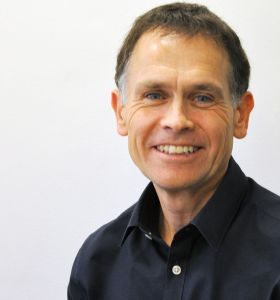 Director of the IPPR Commission on Economic Justice

Michael is director of the IPPR Commission on Economic Justice.

Michael is an economist and visiting professor in the School of Public Policy at University College London. From 2004–2007 he was a member of the Council of Economic Advisers at the Treasury, and from 2007–2010 a special adviser to the prime minister, with responsibility for energy, environment and climate policy. From 2010–2015 he advised governments and others on international climate change policy in the run-up to the UN Climate Conference in Paris in December 2015. He was a founder and senior adviser to the Global Commission on the Economy and Climate, for whose reports Better Growth, Better Climate (2014) and Seizing the Global Opportunity (2015) he was a lead author.

Michael is a former general secretary of the Fabian Society, an academic at Lancaster University and the LSE, and managing director of an employee-owned consultancy business. He has written widely on environmental economics and politics and social democratic thought. His books include The Green Economy: Environment, Sustainable Development and the Politics of the Future(Pluto Press, 1991), Greening the Millennium? The New Politics of the Environment (ed, Blackwell, 1997), The Politics of the Real World (Earthscan, 1996) and Paying for Progress: A New Politics of Tax for Public Spending (Fabian Society, 2000). His latest book Rethinking Capitalism: Economics and Policy for Sustainable and Inclusive Growth (edited with Mariana Mazzucato) was published by Wiley Blackwell in August 2016.

What is industrial strategy?

The Director of the Commission on Economic Justice Michael Jacobs explains what industrial strategy is and how it impacts on the economy.

IPPR Commission on Economic Justice Director Michael Jacobs explains that there is no evidence that it's the rate of corporation tax that determines how much companies invest in your country.

Prosperity and justice: A plan for the new economy - Executive summary

Why this white paper on industrial strategy is good news (mostly)

Why has the Bank of England increased interest rates? It ran out of options