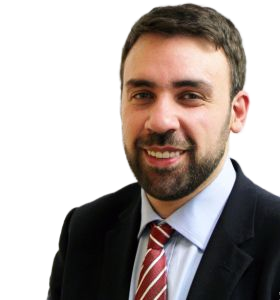 Shortly after his appointment in mid-2016, Tom founded and chaired the IPPR Commission on Economic Justice with leading figures from across business and society, including the Archbishop of Canterbury, the General Secretary of the TUC, the Head of the City of London Corporation alongside community activists and organisers. Tom was a principal author and editor of the Commission’s final report, ‘Prosperity and Justice: A Plan for the New Economy’ which was published in September 2018. The report was praised across the political spectrum with the Shadow Chancellor describing it as a ‘Beveridge Report for the economy’.

Under Tom’s leadership, IPPR has had significant impact in areas ranging from the real choices on Brexit, recasting the relationship between tech and society, and the funding and reform of the health and care system. A recent independent survey of MPs found that IPPR was considered to be the second most influential domestic policy think tank by all MPs, and the most influential among Labour MPs in particular. IPPR’s communications have been modernised, with a new and more confident brand identity and much stronger engagement on social media. The relaunch of IPPR’s in-house journal has led to a doubling of its readership since 2015.

Prior to joining IPPR, Tom spent more than a decade at McKinsey and Company, where he was a partner and held leadership roles in the healthcare practice in both London and New York. Tom helped government institutions with healthcare reform across a dozen countries in five continents and served international institutions, such as the Global Fund to Fight AIDS, TB and Malaria, and international foundations including the Rockefeller Foundation and the Bill and Melinda Gates Foundation. During his time based in New York City, Tom supported US state governments to implement innovations to expand coverage and improve the quality and accessibility of care as a result of the Affordable Care Act.

Tom was born in London in 1982 and was educated at Trinity College, Cambridge, where he studied history.

May and Johnson’s Brexit Deals compared: A harder deal, less alignment and more barriers to trade

Move on up: Social mobility, opportunity and equality in the 21st century