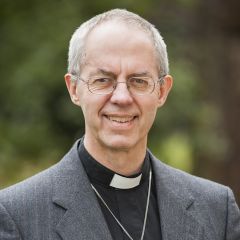 The Most Revd and Rt Hon Justin Welby

Archbishop of Canterbury, Church of England; Head of the Worldwide Anglican Communion

Justin Welby is the 105th Archbishop of Canterbury. He is Primate of All England and spiritual leader of the worldwide Anglican Communion.

After graduating from Trinity College, Cambridge, Archbishop Justin worked in the oil industry for over a decade, becoming group treasurer of an oil exploration firm.

During his time as Dean of Liverpool Cathedral and Bishop of Durham, he became well known for increasing the church’s engagement with the local community.

From 2012-2013, he was a member of the Parliamentary Commission on Banking Standards, and has written and spoken on the relationship between faith, wealth creation, and inclusive economic growth. 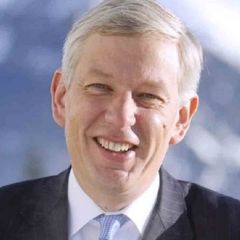 Dominic Barton is the Global Managing Partner of McKinsey & Company. In his 30 years with the firm, Dominic has advised clients in a range of industries including banking, consumer goods, high tech and industrials.

Dominic is also a Trustee of the Brookings Institution, a member of the Singapore Economic Development Board’s International Advisory Council, and a member of the boards of Memorial Sloan Kettering in New York City and the Asia Pacific Foundation of Canada. Dominic is the Co-Chair of the ‘Focusing Capital on the Long Term’ initiative along with Larry Fink (BlackRock), Andrew Liveris (Dow), Cyrus Mistry (Tata) and Mark Wiseman (BlackRock).  The initiative seeks to develop practical structures, metrics and approaches for longer-term behaviours in the investment and business worlds.

Dominic has authored more than 80 articles on the role of business in society, leadership, financial services, Asia, history and the issues and opportunities facing markets worldwide.

Dominic is a co-author, with Roberto Newell and Greg Wilson, of Dangerous Markets: Managing in Financial Crises (Wiley & Sons, 2002) and China Vignettes: An Inside Look at China (Talisman, 2007). Dominic has received multiple awards for his business leadership and contributions to the communities in which he has lived and worked.

In February 2013 Dominic received the Order of Civil Merit (Peony Medal) from former President Lee of South Korea and in August 2014 he was awarded the Singaporean Public Service Star (Distinguished Friends of Singapore).

He is a Rhodes Trustee and an Honorary Fellow at Brasenose College, Oxford.  Dominic is also an Adjunct Professor at Tsinghua University, Beijing.

Frances became TUC deputy general secretary in January 2003, the first woman ever to hold this post. Frances has lead responsibility for a wide range of key areas of policy development across the TUC's work including organising, inter-union relations, learning and skills, pay and the environment.

Prior to this, Frances headed up the TUC's Organisation and Services Department (OSD) and was director of the TUC New Unionism project that launched the Organising Academy and campaigns to rebuild and revitalise trade union membership. Frances was appointed to the Low Pay Commission in April 2007 and, more recently, to the High Pay Commission and the Commission on Living Standards. She is a member of the Green Economy Council, the Apprenticeship Ambassadors' Network and the Skills Funding Agency Advisory Group.

Previously, Frances worked as the TUC Campaigns Officer coordinating the TUC-wide campaign for new rights for part-time workers, the No Sweat campaign, on home working and the drive to end low pay. Before joining the TUC in 1994, Frances worked for the Transport and General Workers Union on social justice and equality issues.