Chart of the month: Two thirds of jobs at risk of automation 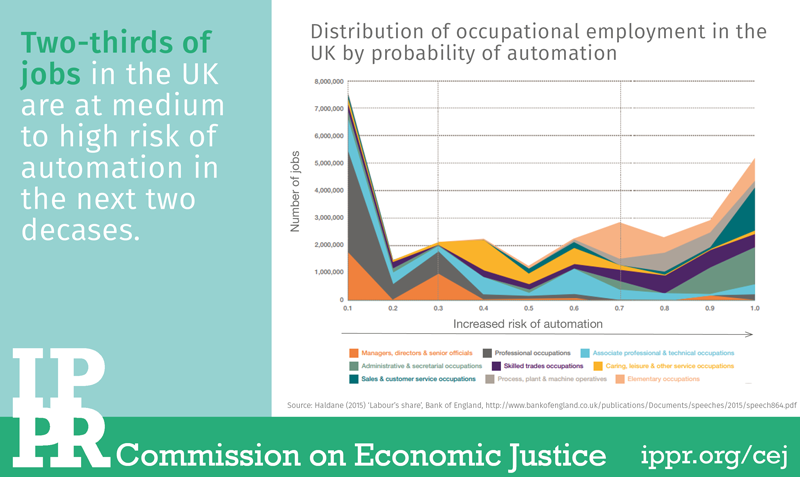 Automation describes the process by which control of decision-making systems becomes increasingly independent of human intervention. In other words, a process that has been going on for centuries. However, this time is likely to be different as rapidly improving digital and automating technologies mean machines are increasingly able to do both cognitive and physical work, routine and non-routine work.  As a result, the coming wave of automation is likely to be profoundly disruptive. With two-thirds of jobs at risk of automation  in the next two decades, it will have very significant impacts on the quantity and type of work in the economy, with significant economic winners and losers from change.

The IPPR Commission on Economic Justice is examining how best to manage that transition, to maximise the benefits and minimise the disadvantages of accelerating automation.

Chart of the month: Disparities in regional productivity

Chart of the month: Lending to small businesses continues to fall

Chart of the Month: Productivity in low-wage sectors