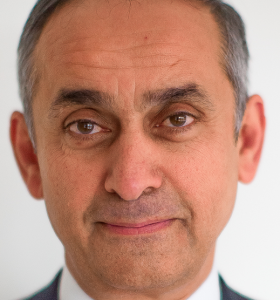 Listen to a podcast of the speech by Valerie Shawcross, deputy mayor of London for transport, on the issue of London's air pollution crisis, and how we can address it.

and the event was chaired by:

Air pollution in London is now so severe that it ranks above alcohol consumption or obesity in terms of its impact on the health of Londoners, causing the equivalent of 9,400 deaths in 2010 alone. With Client Earth's ongoing legal case against the government, the Evening Standard's clean air campaign and a range of public scandals about diesel cars, pressure on politicians to act has continued to spiral.

Faced with this growing crisis, Sadiq Khan recently announced a consultation on new charges on the most polluting cars in central London and the expansion of the ULEZ across the whole of inner London – his first major policy announcement as mayor. Closely mirroring recommendations made by IPPR and, separately, Greenpeace before the election, these changes have the potential to drive significant improvements in emissions across the capital.

There are however a number of key questions around this announcement. How can the Mayor gain support for the changes from both the public, businesses and key interest groups? How can these changes be best designed in order to achieve greatest impact? Is the policy ambitious enough to meet safe levels of air quality – and if not, how can it act as a catalyst to bigger changes? Finally, what are the implications of the decision to leave the EU for these planned charges, and for London’s existing air pollution targets and policies?

This event included the launch of new research into London's air pollution crisis commissioned by Greenpeace and conducted by IPPR based on new modelling from King's College, and will feed into the upcoming mayoral consultation on the topic.

Register now using the form below.