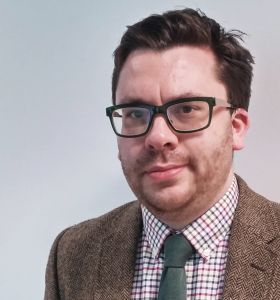 Ports and the Powerhouse: Gateways to a Global North

Join IPPR North and representatives from the ports for the Westminster launch of Gateways to the northern powerhouse: A northern ports strategy, and for a panel discussion on ports’ part in the Powerhouse.

Britain has always been a trading nation and that fact will not change despite the Brexit vote. We need a global North now like never before. This is why IPPR North has recently published a major new report on the current and potential contribution of the north of England’s ports to national economic growth.

The report, which is backed by the north’s four major ports and follows extensive engagement with the sector, sets out a new strategy for the north’s ports and considers what new transport investment might be needed to fulfil the vision of a globally competitive ‘Northern Powerhouse’ which will create new jobs in and around ports, and boost investment in the Northern logistics network.

Among its wide ranging recommendations, the strategy makes the case for an “East-West Freight Supercorridor” which would link Atlantic shipping to the European mainland and taking pressure off congested north-south routes, with the ports agreeing £900million to finance this. A further £100 million from government could seal the deal.

Panellists at this event included: