If we want to address the challenges facing the UK’s media at this time of major change, we need a forum for national and international experts from government, regulation, academia and civil society to discuss and debate these challenges at this crucial time in the unfolding process. 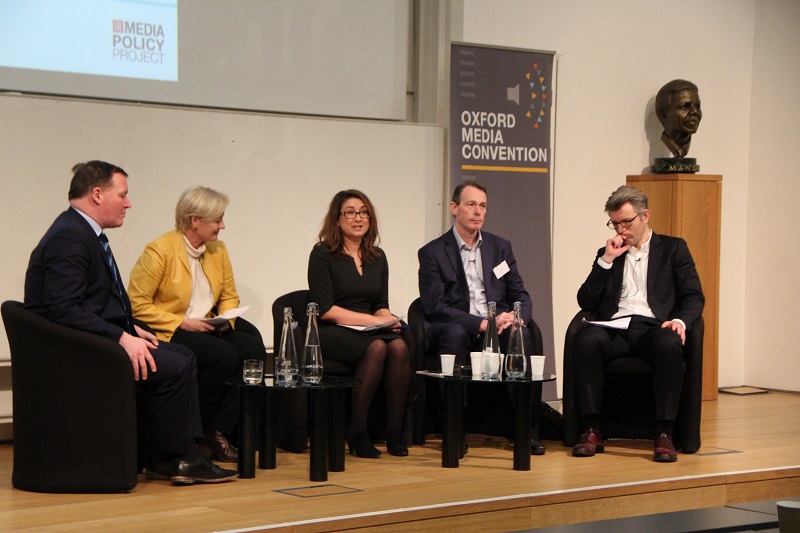 The UK’s media is at a crossroads. Will it continue to evolve a European- style mixed media system based on public ownership, public value and public service alongside a dynamic market? Or should it evolve into an American model of a free marketplace, or even devise a new settlement for the media that is unique to this country?

The political events of 2017 present a range of opportunities and challenges for the media. The coming months will determine how and to what extent the existing EU framework for media regulation will continue to apply domestically, and the export environment for UK producers will be transformed.

Such a profound shift will challenge the foundations of the existing model for broadcasting, telecommunications and the creative industries, and upset existing settlements for public service and media freedoms.

In order to begin to prepare for the potential impacts of Brexit on the UK media, we need to address some of the challenges the system currently faces and discuss what our place in the world might look like following this major institutional change.

The Oxford Media Convention 2017 took place during this crucial time in the unfolding process, giving experts from government, regulation, academia and civil society the space to debate the challenges facing the sector at this time of major change. Journalists from a wide range of media outlets attended the event and reported on the core messages promoted by our keynote speakers.

The programme of speakers at the Oxford Media Convention 2017 included former culture secretary John Whittingdale in conversation with Roy Greenslade, Professor of Journalism at City University. Amongst other topics, John Whittingdale discussed Karen Bradley’s consideration of whether to refer 21st Century Fox’s Sky takeover to Ofcom, and his concerns over Facebook’s placement of adverts beside ‘fake news’ and other inappropriate and violent content. Following the event, this picked up coverage in online news outlets such as City A.M. and Daily Mail Online.

Damian Collins, Chair of the Culture, Media and Sport Committee also gave a keynote speech with particular focus on this issue of ‘fake news’. He spoke about the parliamentary inquiry into fake news, saying that Facebook’s failure to remove images reported as inappropriate content was “disturbing” and suggesting the complaints procedures needed reviewing. As this speech coincided with the BBC investigation into the social media network, it picked up a lot of traction with newspapers like The Guardian and Daily Mail Online.

Speaking weeks before Ofcom took over regulation of the BBC, chief Sharon White told the Oxford Media Convention 2017 there should be 'tougher, stronger' regulation to ensure the BBC and other broadcasters reflect diversity in the UK. Her keynote speech on the BBC being too 'focussed on middle-aged, middle-class, white audiences was covered in Express, Mail on Sunday, The Guardian and The Telegraph.

Echoing Sharon White’s comments was Rona Fairhead, former head of the BBC trust. In her keynote speech, Fairhead said the bond between the BBC and 'under-served groups' such as 16-34 year-olds and minority ethnic audiences, is probably weaker than it was in the past and it therefore risks becoming irrelevant in the modern age. Excerpts of Fairhead’s speech were cited by The Telegraph and The Guardian in their coverage of the Oxford Media Convention 2017.