In her ground-breaking account of the forging of Britishness, Britons, Linda Colley describes how the disparate national loyalties that existed prior to 1707 were brought together under a single overarching British identity. The principle catalyst, she argues, didn't come from our own shores; instead, it came from across the English channel. For more than 100 years after the Acts of Union, it was war with Catholic France which provided the foundations for the modern British nation. 'Time and time again', writes Colley, 'war with France brought Britons, whether they hailed from Wales or Scotland or England, into confrontation with an obviously hostile Other and encouraged them to define themselves collectively against it.'

But if self-definition against Otherness gives identities shape, then its absence only provokes confusion. This, perhaps, explains why the resurgence of Englishness in recent years is so difficult to comprehend. What, after all, is it a response to? If the political parties are to adequately respond to the new Englishness – as they must do – then they will have to understand better its fragmentary and febrile character. As a party which in power neglected the rising tide of Englishness, Labour in particular needs to think afresh about questions of nationhood and identity if it is to revive its electoral fortunes in those parts of England where it was wiped out in the 2010 general election. Ed Miliband's recent taking up of the 'One Nation' mantle provides a potentially powerful device for Labour to rebuild its reputation as a party that will speak for England.

But the extent to which Miliband is able to successfully develop his One Nation Labour project will depend on a lot more than his ability to accommodate the politics of Englishness, as important as that is. The lesson is simple. It is those politicians who have successfully melded inclusive, patriotic oratory with substantive political projects who have really changed their countries. Clement Attlee and Franklin Roosevelt stand out as major successes – their language spoke to their times (much as Miliband's does today) but crucially they attached to the rhetoric mould-breaking ideas and policies, such as the NHS and New Deal, which changed their world for the better. If Miliband is to stick to his One Nation project, he needs to follow in their footsteps. 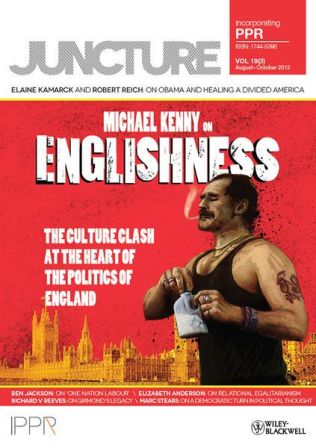