Despite the summer row over tax credits, looming divisions over foreign policy, and the forthcoming EU referendum, the Conservative party currently enjoys near complete political dominance in England. Labour’s disarray, the electoral weakness of the Liberal Democrats, and internal divisions in Ukip mean that the Conservatives command the political terrain. Yet their dominance has cracks: the party’s majority of 12 in the House of Commons is relatively small, there is significant opposition to further cuts to public spending, and splits over Europe run deep, both within the party and outside it. The path to another majority with a new leader is not a clear and straight one.

The ideological currents flowing through the modern Conservative party will shape how the contest for its next leader unfolds. As Kate Dommett argues in her essay for this edition of Juncture, the party’s relationship with ideology is complex and often contradictory, with a rhetorical commitment to ‘common sense’ and the national interest concealing very different ideological traditions and potential futures for the party. Whoever triumphs will therefore have to navigate treacherous terrain, setting out how different ideological elements – on the economy, national identity, the future of social liberalism, and Europe – can be combined into a political project capable of winning over first the party and then the public at large.

Read more: Editorial: Where next for Conservatism? 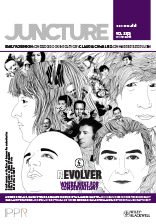