Reactionary and nationalist forces are in the ascendancy across the West, and in much of the rest of the world. This issue of Juncture examines the morbid symptoms of our times, and the forces driving them.

In her interview with Juncture, Margaret MacMillan brilliantly dissects how today’s populists, nationalists and anti-democrats relate to their 20th-century predecessors, and the uses and abuses of historical comparison. Sivamohan Valluvan argues for re-examining the core historical principles of European nationalism, and the need to re-centre issues of race and racism within them. Sophie Whiting and Mairie Braniff tease apart the complexities of Northern Irish politics and the various nationalisms at play as it confronts the unique and disproportionate challenges of Brexit. Ann Pettifor meanwhile looks back to Polanyi as an inspiration; the subordination of society to high finance has driven our current political crisis, and will require a democratic re-regulation if we are to escape. In their respective articles, Chris Bickerton and Claudia Chwalisz draw lessons from France and Canada respectively in how progressives should confront the powerful, destructive forces of populist nationalism.

Mathew Lawrence’s essay looks to the future, examining the economic, social and ecological forces set to reshape the UK as the country. Facing a decade of disruption, he argues that nostalgia isn’t enough for progressives; they must build institutions to shape a more democratic and equal society. Nick Srnicek’s article is similarly future-orientated, analysing the rise of platform capitalism and the unstable logic of its business model: predicated on voracious appetite for data, under-investment, and constant expansion. If we are to understand how the global economy is transforming, we will have to better understand platform capitalism.

Finally, John Curtice, the famous pollster, casts his eye on the Labour party and asks why the part isn’t more worried about losing Remain supporters to the Lib Dems. With Labour anxious about being outflanked by the Conservatives and Ukip on the Leave side, they may well be being blinded to a more urgent problem in its electoral base: retaining Remain voters.

We hope you enjoy the issue – and look forward to welcoming you back in the summer to the IPPR Progressive Review. 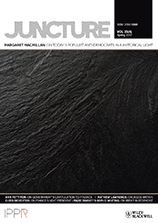