IPPR: refugee sponsorship scheme a ‘radical departure’ from before, but highlights ‘unequal system’

New IPPR analysis of the government’s refugee sponsorship scheme announced by Michael Gove today finds that the scheme is generous and well-funded, but also poses practical challenges and safeguarding concerns.

But the scheme also raises questions over the long-term accommodation of Ukrainians. Unlike current community sponsorship, where sponsors are required to find suitable housing for 24 months, sponsors for Ukrainian refugees will only need to provide accommodation for a minimum of six months. There also appears to be fewer checks in place for sponsors, which could pose safeguarding risks.

Researchers argue that the scheme highlights a fragmented picture for asylum and refugee resettlement in the UK. Alongside the asylum system, there are now six different humanitarian schemes operating at the same time. The researchers warn that current policy means that refugees face differing treatment depending on the pathway in which they enter.

“After weeks of confusion over the UK’s response, the government’s announcement today represents a welcome step forward in supporting refugees from Ukraine.

"The scheme represents a radical departure from past attempts at community sponsorship. In many respects, this could be a real positive - it is uncapped, streamlined, and appears to be generously funded. But it also poses risks. The scheme is untested and may be difficult to manage at scale, given current community sponsorship only hosts around 100 refugees a year.

“The scheme also highlights a confused and unequal system for asylum and resettlement in the UK. People fleeing war and persecution will be eligible for vastly different levels of support, depending on whether they enter under refugee resettlement, the ‘Homes for Ukrainians’ scheme, or through the asylum system.

"Instead of the current piecemeal and unequal approach, we need a coordinated, efficient and fairly funded system which is able to respond swiftly to humanitarian emergencies.”

Table: IPPR analysis of government policy on existing resettlement schemes and current information on ‘Homes for Ukrainians’ provided by DLUHC 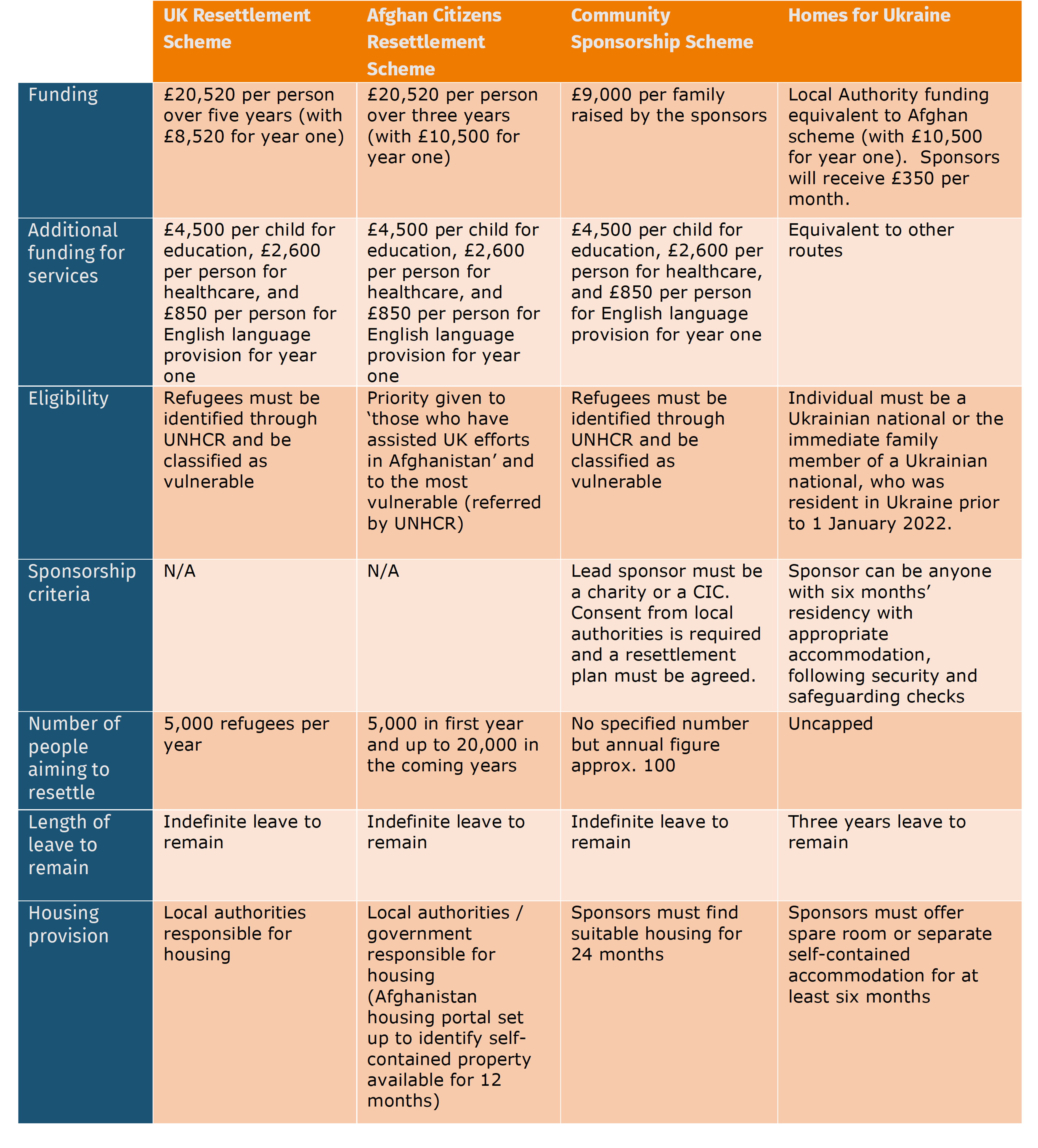