The mayor of London elected in May 2016 will face formidable environmental challenges. London’s air pollution is lethal and illegal, responsible for more illness and premature deaths than alcohol or obesity. Traffic congestion is rising. Greenhouse gas emissions are not on track to meet current targets, and around a million people live in fuel poverty. Green space is being lost to development. Recycling levels are the poorest in the country.

This report sets out a plan for the new mayor to address these challenges. It calls on the mayor to commit to making London a ‘global green city’, in which environmental goals are prioritised as central to the city’s vision of economic and social development. 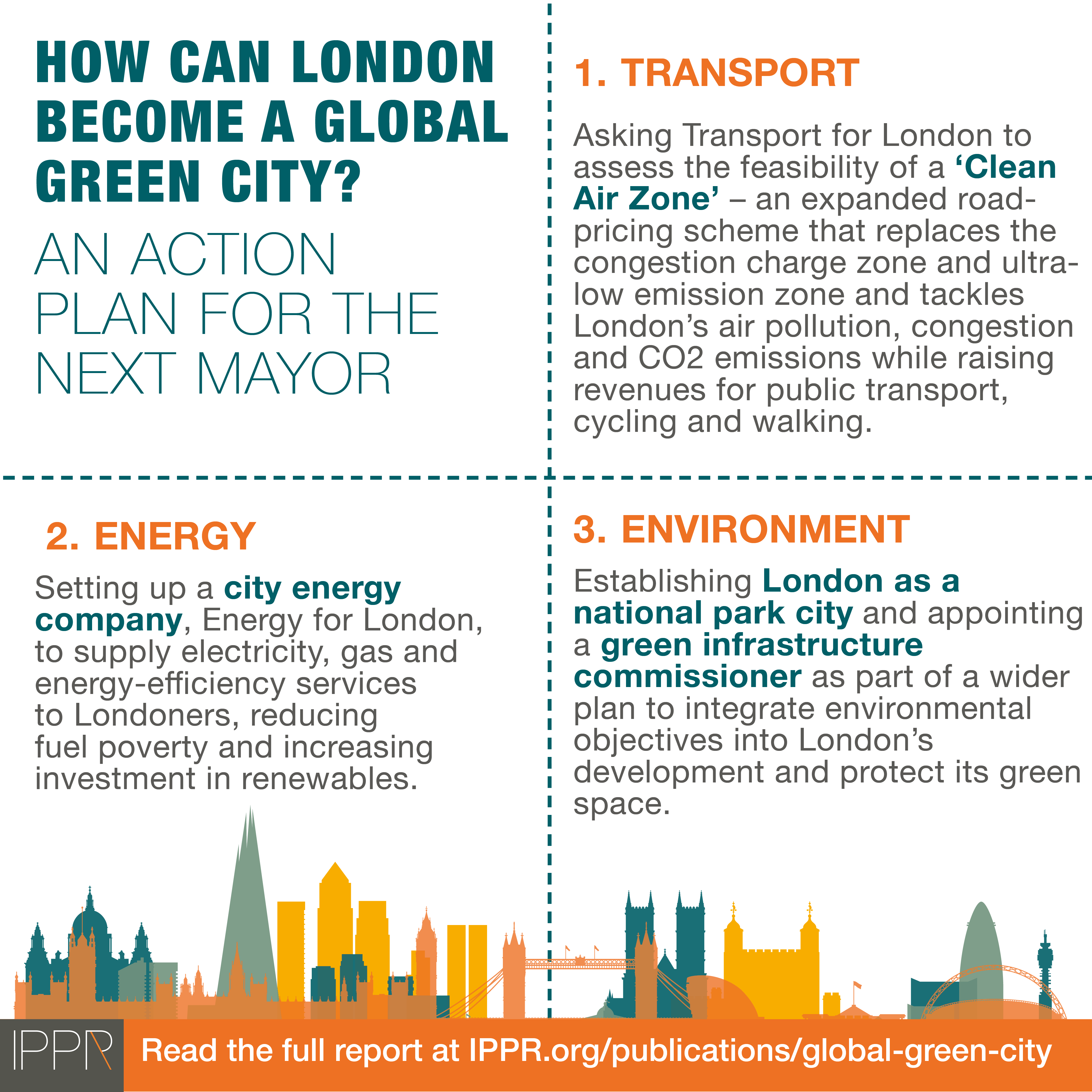 The next mayor of London should aim to make London a ‘global green city’, in which environmental goals are prioritised as central to the city’s vision of economic and social development. The mayor should:

Reduce fuel poverty and support renewable and decentralised energy by:

As mayor, Sadiq Khan must reinvent London as a global green city