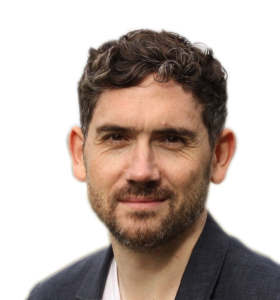 Head of the Environmental Justice Commission and Associate Director for the Energy, Climate, Housing and Infrastructure Team

Before joining IPPR in 2016, Luke worked in parliament, the voluntary sector and the private sector. Luke has worked for the Labour party as a policy and political adviser for a shadow secretary of state and successive shadow housing ministers leading their work on housing, also working on local government and devolution. He has worked on policy and advocacy projects for the Living Wage Foundation and a leading housing association. Luke also has significant experience in communications and campaigning.

Luke is an experienced media performer and contributor. He has appeared on national broadcast media, including BBC Radio 4, BBC Radio 2, BBC News and Channel 4 Dispatches, and has written for a range of newspapers including the Guardian, the Times and the Independent, and for other outlets including the New Statesman and HuffPost.

Luke holds an MSc in international politics from the School of Oriental and African Studies, and a BSc in politics and economics from the University of Bath.

Luke has experience across a wide range of public policy issues including:

On the Home Front

All aboard: A plan for fairly decarbonising how people travel

A fair transition for farming

Building a food system that works for everyone

Oil and gas licensing decision ‘kicking the can down the road’ until world not looking, warns IPPR