An increase in inflation following today's dramatic fall in the pound will have a disproportionate impact on the poorest 10% of households, according to new IPPR analysis.

Using Treasury modelling of currency shocks, IPPR finds that a 2.3 percent increase in CPI will increase costs for the poorest households by 3.3 per cent, compared to a 1.6 per cent increase for the richest 10 percent of families. 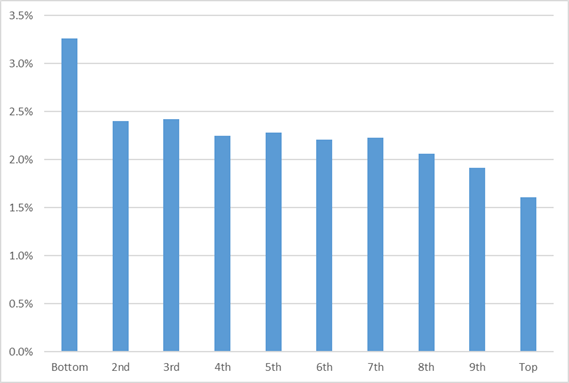 “Markets have responded to the news that the UK is to exit the EU by selling sterling assets, causing the pound to fall. This will be felt in higher costs on the high street in the coming months. Because poorer families spend a higher proportion of their disposable income, the poorest 10 percent of households will be hit the hardest by these developments.

"In the weeks and months following this initial financial market reaction, we will be hit by the perfect storm of reduced consumer spending power; a reduction in business investment as businesses put their plans on ice; and the heightened risk of a downturn across Europe.

“The priority for the UK government now should be to work quickly to secure continued access to the single market – from an economic perspective this is the most important thing we can do to shore up confidence and avoid an economic blip becoming an all-out recession.”