Wide-ranging plans to decarbonise the UK economy, repair nature and build a fairer society are unveiled today in a major report that argues for a new approach to achieving net zero and protecting our natural world.

In a direct challenge to those ‘climate delayers’ who would argue that the net zero transition will harm the poorest, the commission argues that ambitious action on climate and nature can and must be delivered in a way that also improves people’s everyday lives.

After 18 months of deliberation involving hundreds of hours of discussion by citizens across areas of the UK likely to be most impacted by the transition, the IPPR Environmental Justice Commission is calling for fairness and people to be put at the heart of the drive to hit national targets for net-zero carbon emissions and the restoration of nature.

Without such a prospect, the commission warns, the public could wield an effective “veto” on delivering net zero.

Uniquely, the commission was informed and driven to its recommendations by a series of ‘citizens juries’ drawn from different walks of life, including people who had never been engaged in climate change discussions. These were held in four areas likely to be most impacted by the move to net zero - Tees Valley and County Durham, the South Wales Valleys, Thurrock (Essex) and Aberdeenshire - ensuring that people from communities with most at stake were fully heard.

The commission’s report, Fairness and Opportunity: A people-powered plan for the green transition, says that the UK is failing to ensure that the costs and benefits of the transition to net zero will be fairly shared. It also says the government has no coherent plan to make the most of the opportunities presented by this fundamental change in the country’s economic model.

Its 100-plus recommendations amount to a comprehensive blueprint of how to go about this. Policies that the commission says would ensure the move to net zero also contributes to a vital “people’s dividend” include:

The final report of the IPPR Environmental Justice Commission – co-chaired by figures from the Conservative, Labour and Green parties, and joined by leading figures from business, trade unions and civil society – comes at a key moment for the UK government.

In just over 100 days it will host the crucial COP26 climate summit and aims to secure international agreement to cut carbon emissions. Yet despite the UK’s claim to climate leadership, the country is way off track to meet its legally binding net zero commitments and has a wholly inadequate plan for repairing nature.

Last month (June) the independent Climate Change Committee said that there was a “large policy gap” between the government’s ambitious promises and the more limited actions it had taken.

“People must be at the heart of the UK’s rapid transition to net zero, or else – to put it bluntly – it won’t succeed. Government must clearly set out the broad direction of travel and provide the resources and regulation needed to get there, but everyone affected, from workers in industries that will have to change to communities across the UK, must have greater power to take decisions that affect them. Local people know best what will work for local areas and how to go about it.”

“We will all be affected by the changes we need to make to tackle the climate and nature crises, but some will be affected more than others. We can’t afford to fail in this endeavour, but we will not succeed unless the plans we make are fair to everyone and make the UK fairer for all. Only through this ‘fairness lock’ will we win the support of the people we need to make this national ambition a reality.”

“The UK’s drive to net zero is a once-in-a-generation opportunity to be seized. This should be a positive moment for everybody - while making the far-reaching changes needed to combat the climate and nature crises, we can create good new jobs, build the businesses of the future and improve people’s health, their day-to-day surroundings and their wellbeing, everywhere.”

“It is the people who will be affected by the transition to net zero and the restoration of nature who are the real experts in how we can do it fairly. This was not a typical commission: our commissioners listened to people across the UK and from all walks of life to gather their ideas. What they heard was that to tackle the climate and nature crises, we need ambitious action from government, that also improves day-to-day life for people and helps level up across the UK.”

Sarah, a juror from Tees Valley and County Durham, said:

“If it's not fair for everyone… people aren't going to change their behaviours. So it just needs to be fair in order for it to work. Otherwise, people are just going to start doing the same things and we're going to carry on destroying our planet.”

Ewen, a juror from Aberdeenshire, said:

“Some of us have already lived most of our lives. But we have to be sure that we leave a good legacy for our children. And part of the legacy for the children is not necessarily about property or assets… it's about making sure that they can live healthily.”

“We need to transform the UK into a zero-carbon economy by working together, with the same overriding urgency we shared during the pandemic. Like defeating Covid, this is a major undertaking – yet at present the government’s plans, so far as they exist, are piecemeal and wholly inadequate to the task.

“The Environmental Justice Commission’s comprehensive blueprint for change, developed with the help of people across the UK, is oven ready. It outlines how 1.7 million jobs could be created across the UK, and sets out what will be needed to support workers affected by the transition. Crucially, it shows how we can tackle the climate change and nature crises in a way that creates opportunity, improves lives for people everywhere, and builds a fairer society for us all.”

Some key findings about the transition that informed the commission’s analysis are included at the end of the Notes section below.

Jurors from the citizens’ juries held in Tees Valley and County Durham, the South Wales Valleys, Thurrock and Aberdeenshire are also available for interview on request.

The six shifts and the new social contract 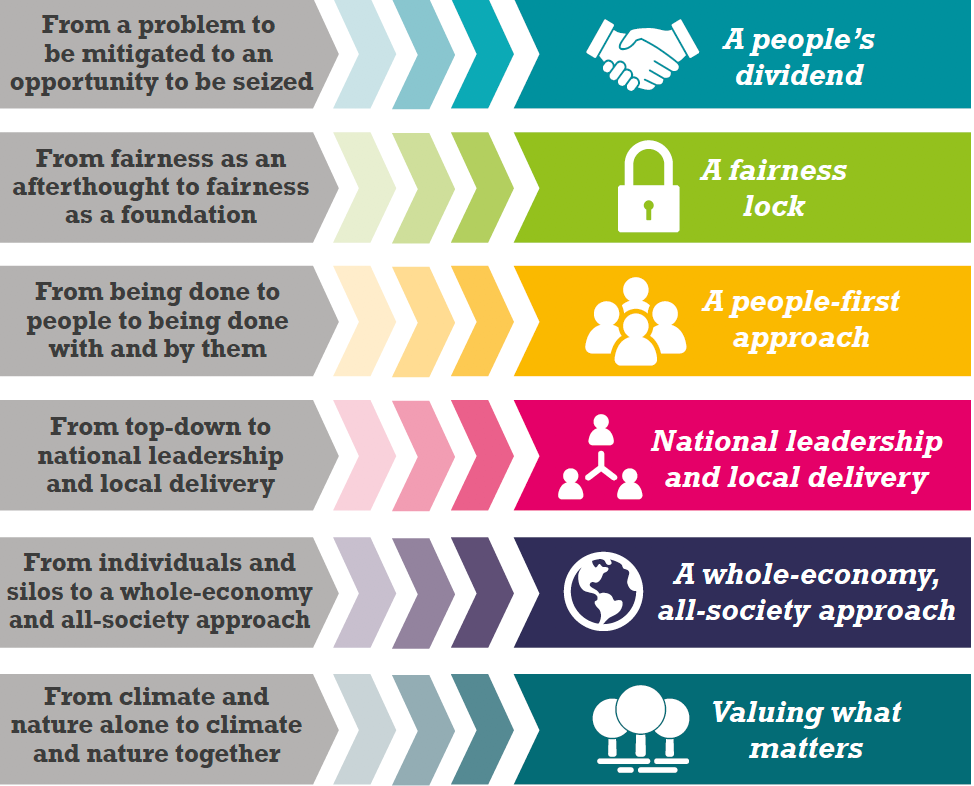 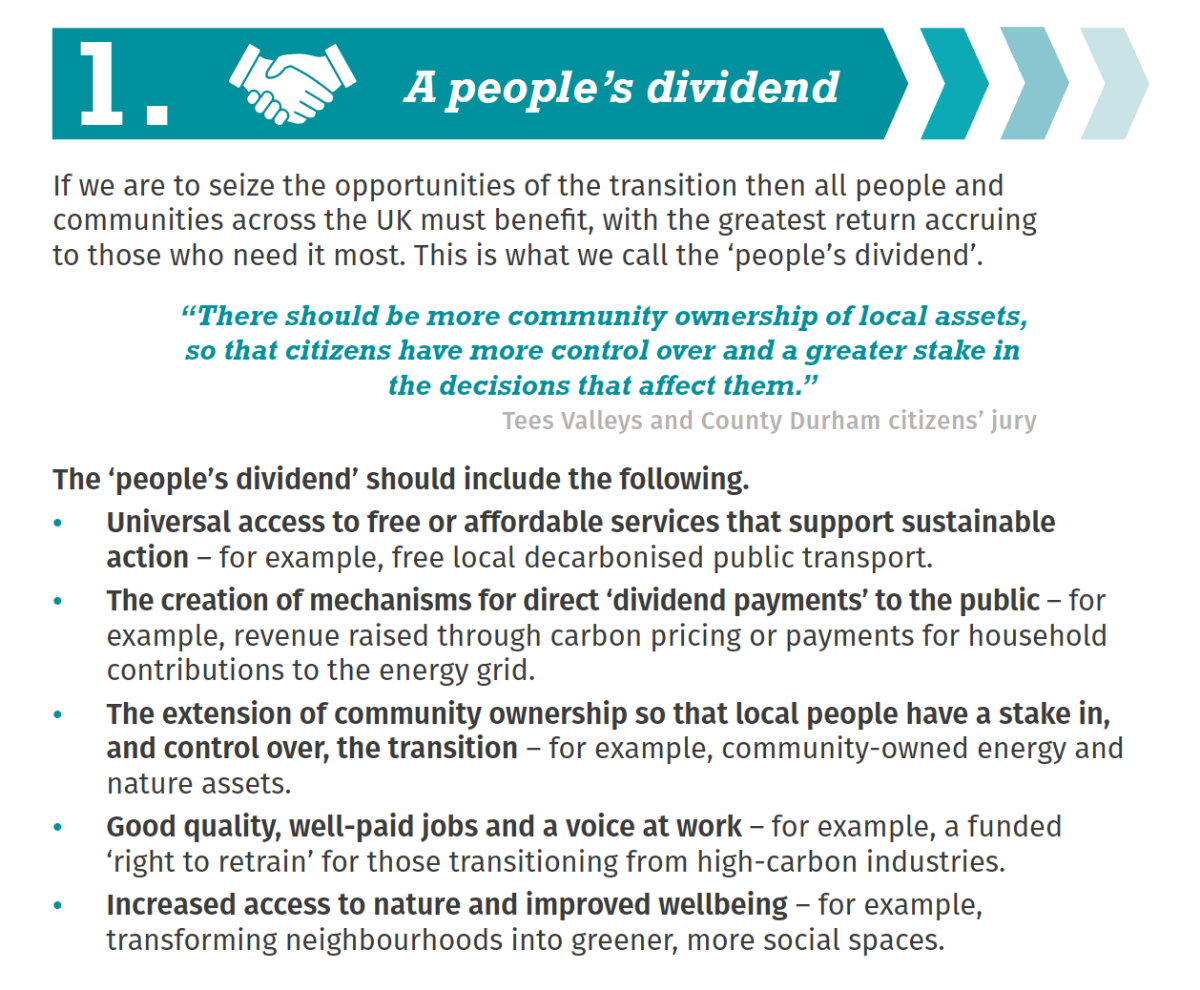 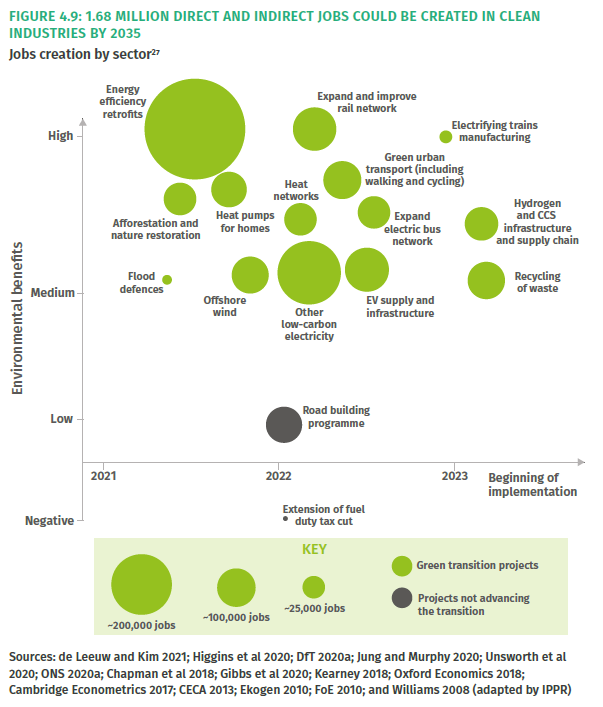 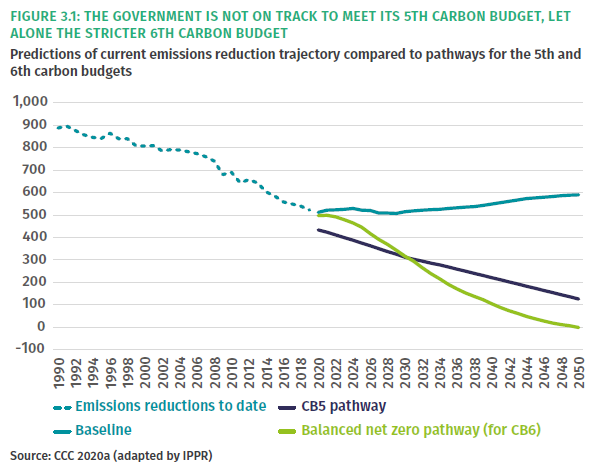 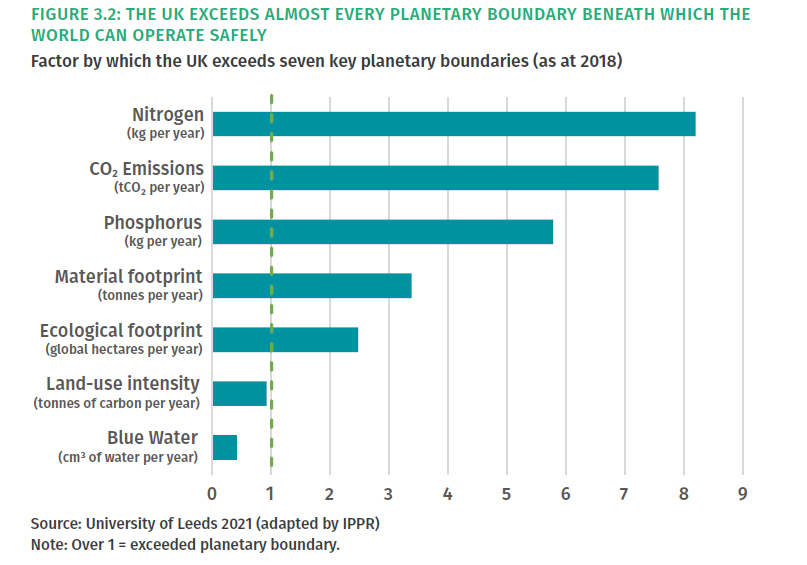 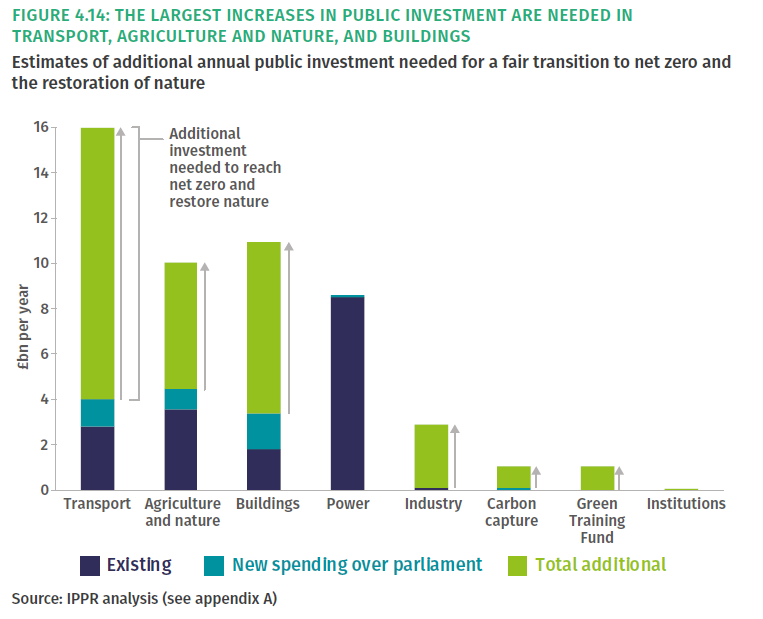 Faster, further, fairer: Putting people at the heart of tackling the climate and nature emergency

Transforming the economy after Covid–19: A clean, fair and resilient recovery