From Powerhouse to pockets: Northerners have £2,300 less disposable income than the rest of the country

The Northern Powerhouse has a long way to go before the benefits are felt in the pockets of people living in the North, according to new analysis by IPPR North today.

Analysis of official figures by the think tank show the gap in ‘gross disposable household income’ – the money people have available for spending or saving – between the North and the rest of the country.

While the Government’s Northern Powerhouse agenda is welcome, IPPR North says a key test of its success must be how it translates into higher living standards for people living and working in the region.

It says central government and combined authorities should coordinate policies in areas like skills and transport infrastructure to create stronger local economies.

“Correcting the imbalances in our nation’s economy is about more than just stronger economic growth figures or faster journey times – we have to improve the quality of life and incomes of people in the North too. These figures show the Northern Powerhouse has a long way to go before people in the North feel the benefit of a stronger regional economy.

“The North should pursue growth and prosperity built on higher wages, more jobs and stronger productivity – not simply try to catch up to London and the South East, where the type of economic growth they’ve experienced has created high levels of inequality and left many behind.

“IPPR North has shown how Northern prosperity can create national prosperity: if we increase household wealth to the OECD regional average, then every household will be nearly £500 better off each year.

“But without a step change in policy the North will not be able to escape the historic underperformance of its economy, and contribute more to national growth. The Northern Powerhouse will be meaningless for the people who live and work in the North unless the economic growth it generates reaches their pockets.” 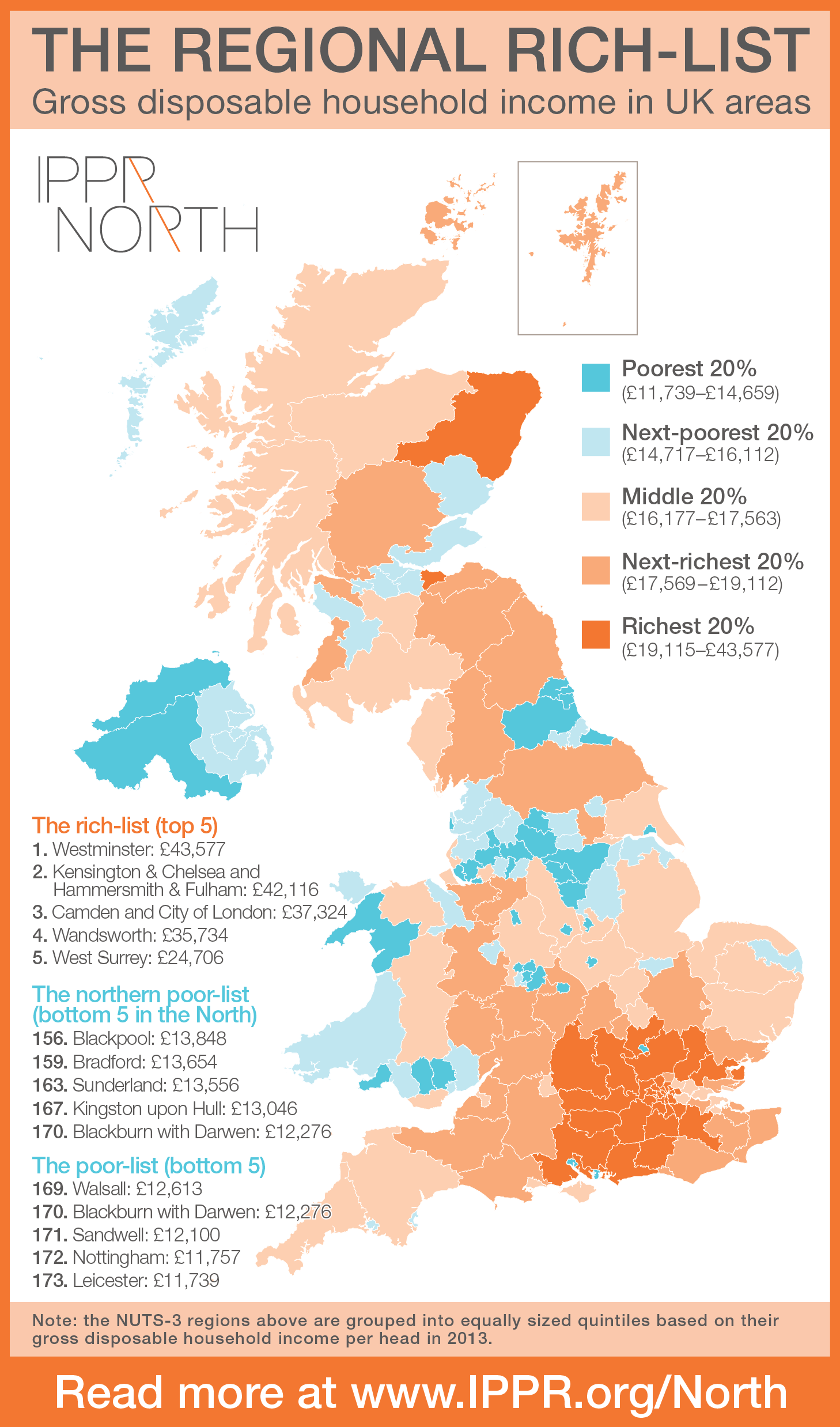