Immigration plans analysis: Two thirds of current EU migrants in health and care sector would have been found ineligible

Following the announcement of the government’s new immigration policy, the think tank IPPR has analysed government data to estimate the share of EU migrant workers in the UK who would be deemed eligible for a skilled work visa under the proposed system.

The research found that the plans would hit vital sectors. In total around 69 per cent of EU migrants currently working in the UK would be ineligible for a skilled work visa if the future immigration rules were to apply to them. This is because, based on their occupation and earnings, they would not have enough points to secure a skilled work visa.

If the new system had been applied to existing EU workers in the health and care, transport and storage, hospitality and retail sectors, the vast majority of EU workers would have been found ineligible to migrate. However, most EU migrants who currently work in IT, communications and financial services sectors would have been eligible.

This suggests that the government’s proposals will have a significant impact on the labour market – particularly on low-paid sectors currently reliant on EU migrants. The social care system is already experiencing a workforce crisis, but these new immigration measures are likely to make recruitment even more challenging. Businesses such as hotels, restaurants and construction firms will also find it particularly difficult to recruit EU workers under the new system. A full breakdown by sector is listed in the notes below.

The new system should not have any bearing on EU migrants who are already living in the UK, as their rights will be protected under the UK’s ‘settled status’ scheme.

The analysis also found that women tend to have lower eligibility rates than men: 36 per cent of men would be eligible for a skilled work visa, compared with 26 per cent of women. Women tend to be more concentrated in low-paid occupations that do not meet the skills threshold. The new rules will therefore have a particular impact on restricting the immigration of women from EU countries.

“These proposals constitute the most dramatic upheaval in immigration policy in a generation. They will make it far harder for employers to recruit EU workers in a range of sectors, from health and social work to retail and hospitality.

To manage this shock to the labour market, the government should consider three things. First, there should be a transition period for employers for them to adapt to the new rules and to manage any skills shortages.

Second, there needs to be a broader understanding of skills in the immigration system, so that employers are able to fill jobs that require training and that are essential for our future prosperity – such as in construction and social care.

Finally, we need to have fair rules for business in the new system – rewarding those providing good-quality work while tackling under-payment and exploitation among unscrupulous employers.” 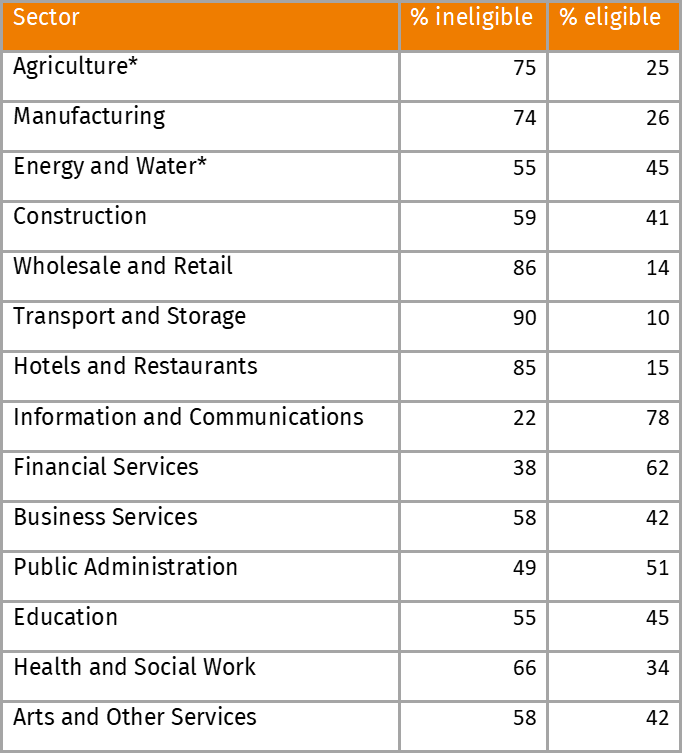 An immigration strategy for the UK: Six proposals to manage migration for economic success

Inclusive integration: How whole person care can work for adults with disabilities