IPPR: 1.3 million people living in the UK with no access to social security are sign of ‘broken system’

IPPR think tank warns people are being left at risk of destitution due to No Recourse to Public Funds (NRPF) visa conditions that limit access to universal credit, free school meals and homelessness assistance.

A new report from the Institute for Public Policy Research (IPPR) reveals the number of people being blocked from vital social security support in the UK, essential for preventing people from falling into destitution.

As the Nationality and Borders Bill threatens to expand the pool of people facing this ‘No resource to public funds’ visa condition, the think tank calls for significant reform of the system and more support for local government services helping people in need.

Based on analysis of Home Office data, IPPR estimates that 1.31 million people have NRPF as a condition of their leave. Around three quarters are on study and work visas and around one fifth are on family visas.

The report highlights that some people have NRPF despite having been in the UK immigration system for a decade or more. Around 56,000 people who were issued an initial visa in 2010 at the latest still have NRPF as a condition of their leave – mostly on family and ‘other’ visas.

No one in the UK should face losing everything just because of the conditions on their visa, according to the researchers.

The think tank warns that the pool of people with NRPF is soon expected to be expanded for a number of reasons:

The report also reveals that at the start of the pandemic there was a more than six-fold increase in the number of people applying to have their visa conditions changed, suggesting many have been forced into difficult situations by the crisis. Those applying to lift their NRPF conditions were also significantly more likely to be women and young people.

During the pandemic, local authorities in England were asked to accommodate all residents, regardless of their immigration status, but this scheme is being wound down and the legal position is unclear. The report warns that local authorities are under severe financial pressure already and receive no additional funding for supporting people with NRPF, so will need further assistance.

The think tank maintains that NRPF should be suspended while coronavirus remains a major risk in the UK, but also calls for longer term practical reforms, including:

“The pandemic has exposed how the current ‘No Recourse to Public Funds’ system is broken. Many who lost their jobs in the first wave of the virus were left without any social safety net and faced destitution. The policy needs urgent reform.

“The government says that the NRPF condition is designed to save money and improve the integration of migrants. But as it stands the policy is doing neither. The current rules undermine integration by making lives more precarious and withhold national funds only to leave it to stretched and underfunded local authorities to pick up the pieces.

On the situation facing refugees from Afghanistan, he said:

“With the British evacuation ending and the government urging those fleeing the Taliban to avoid Kabul airport and head to the border instead, their route to safety is clouded in serious uncertainty and confusion. The new Nationality and Borders Bill could potentially punish Afghans reaching the UK indirectly or through unauthorised routes. This would be utterly wrong and further highlights the injustice at the heart of the bill.”

“The government’s Nationality and Borders Bill will expand the No Recourse to Public Funds visa condition to even more potentially vulnerable people and put them at risk of destitution. Refugees fleeing persecution shouldn’t be abandoned when they need assistance, just because of how they may have arrived in the country.

“The government is failing to learn the lessons of Windrush and is ignoring the advice from previous Home Office reviews urging them to improve the inadequate monitoring of the racial impact of immigration policy. With minority ethnic communities and women already disproportionately affected by NRPF, this new bill risks further embedding racism and discrimination into Home Office decision making.”

Marley Morris and Amreen Qureshi are available for interview. Case studies of people facing NRPF conditions available via a third party on request. 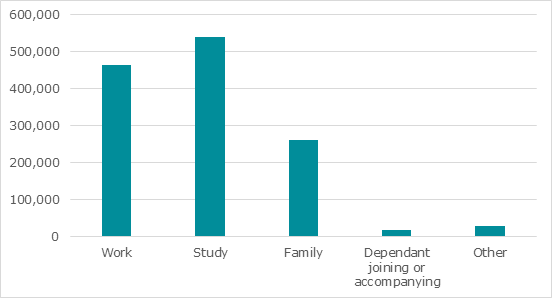 Note: Some individuals with valid leave to remain may no longer be living in the       UK.

Access denied: The human impact of the hostile environment

Beyond the hostile environment

The EU settlement scheme and the hostile environment