Economists at IPPR have revealed a major and continuing ‘shortfall’ in the household budgets of the UK’s poorest due to the cost of living crisis, despite measures announced today by the Chancellor in his Spring Statement.

The Chancellor set out to support families who face spiralling costs due to energy and other price rises expected to peak at 8.1 per cent later this year, mainly by lowering taxes.

IPPR analysis examined the ‘shortfall’ between the cost of living increase for families and the policies put in place to support them.

It found that prior to today’s Spring Statement, the poorest 20 per cent of households were facing their costs rising by an average of £550 this year. The measures announced today, including the National Insurance threshold change and fuel levy cut, would see these costs reduced by an average of only £120. This would still leave the majority of the UK’s poorest with no option but to miss out on essentials, such as food or home heating.

But the measures offer a more significant boost to the those who are already better off. The richest 20 per cent of households gain on average £480. 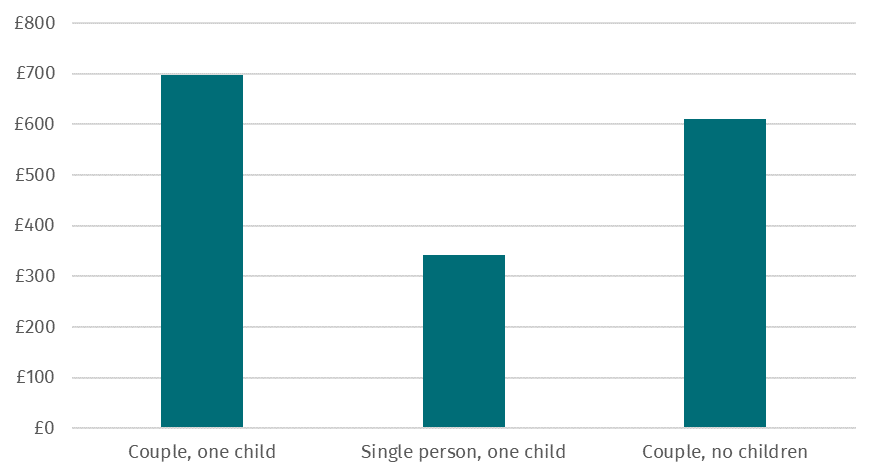 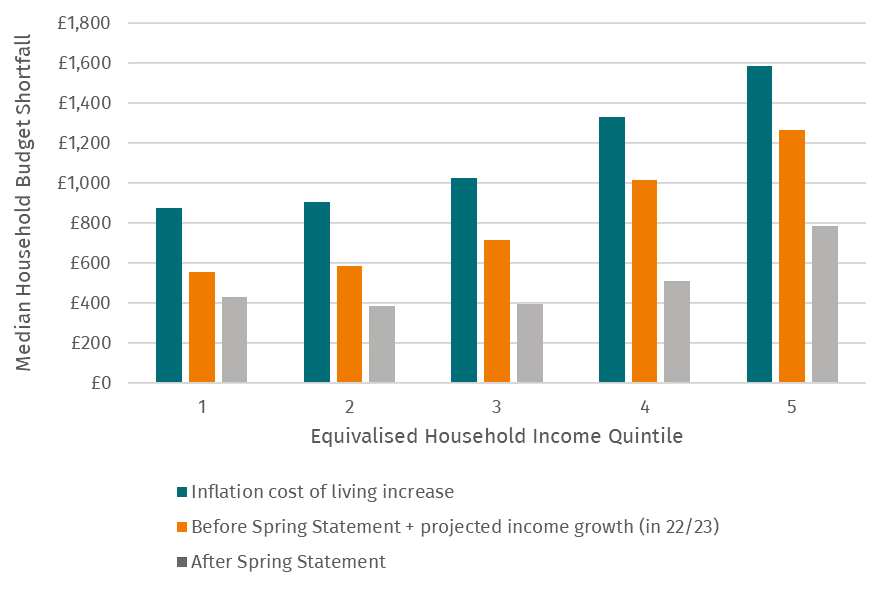 The think tank argues that Sunak could have offered a much greater helping hand to those on low incomes by making better policy choices. IPPR has called for a policy combining an increase in Universal Credit and legacy benefits of 8.1 per cent and a rise in child benefit by £10 per child per week. Such a package would cost just £1.5 billion more and would have kept the impact of the cost of living crisis on the poorest below £200.

“What we’ve seen today is quite incredible. As the country hurtles towards the biggest fall in living standards on record, the Chancellor stood at the despatch box and announced a policy package that doesn’t help the households who need the most support and which provides a big boost to the richest.”

“Today’s statement was a missed opportunity to provide a lifeboat for people’s standard of living.”