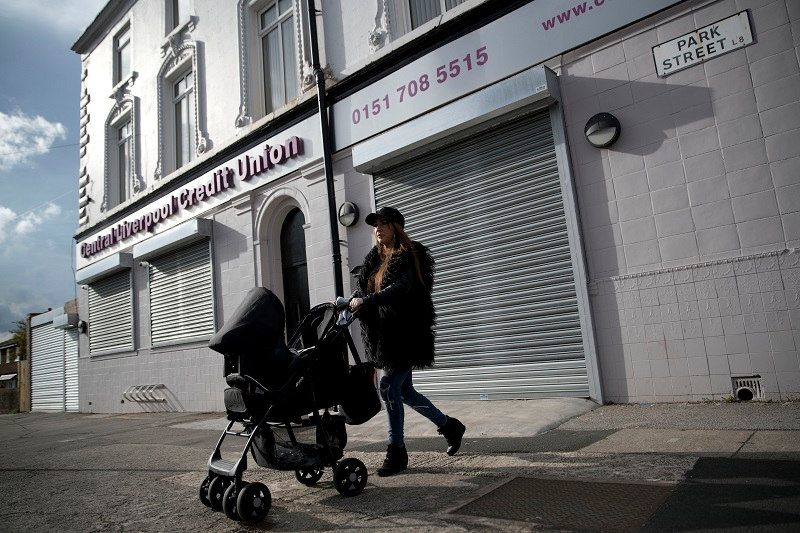 The rapid financialisation of the UK economy has done little to bolster socially desirable investments, with the bulk of activity primarily confined to the financial sector itself and real estate.

The UK financial system is huge. Every year it processes £75 trillion worth of payments, roughly 40 times the value of UK GDP. Relatedly, UK bank balances are the largest in the world, 4.5 times larger than national income.

The size of these figures is difficult to comprehend and naturally invites one to ask, as economist John Kay recently put it, “What is it all for?”

The UK’s leading position in financial services has clear benefits. The sectoraccounts for nearly 12 per cent of GDP, provides relatively high-paying jobs to 7 per cent of the workforce and contributes £72 billion to the UK’s balance of trade.

As we know, however, these benefits also come with costs. A large finance sector increases inequality by inflating the price of assets, creates skills imbalance by skewing pay and rewards towards a relatively small number of jobs and increases exposure to global crises. By increasing the demand for sterling, financial sector growth has also led to the appreciation of the currency, negatively impacting exports.

But focusing solely on this trade-off is to miss the principle purpose of finance: to fund investments across the economy. In every advanced economy, the domestic finance sector does this by shifting resources from savers to borrowers, and from the future to the present. But most countries get by without a finance sector that is anything like as large as in the UK.

An important question then is whether the size of the UK’s financial sector helps it achieve this objective better. That is, has a larger financial sector led to a more efficient and larger allocation of funds for investment?

Despite the size of its finance sector, investment in the UK appears low by international standards. The UK’s gross capital formation is roughly equivalent to 17 per cent of GDP, more than 3 per cent below the OECD average. The UK also trails behind its competitors in R&D spending, a strong predictor of future growth. Compared to other major western countries, the UK also has a lower capital to output ratio and a lower capital to labour ratio. In other words, the UK both invests less in capital today but has also accumulated less capital over time than comparable economies.

Of course, the UK’s relatively weak investment record cannot solely be attributed to the financial sector, and indeed part of it might be explained by the composition of UK industry. The UK is predominantly a service economy, and services typically requires less capital than the production of goods. In particular, service-sector firms are more likely to invest in intangibles, such as staff training or data analytics, which aren’t as easily captured in typical investment measures. And indeed where attempts have been made to measure intangible investments, the UK is no longer at the bottom of the pile.

Rather than looking at measures of investment rates then, a better approach may be to look at investment outcomes.

Yet, here too the UK’s relative standing gives cause for concern. The UK’s average productivity lags behind most comparable economies, including within the service industries which employ the majority of the UK workforce. Worse still, the UK’s aggregate productivity figures mask substantial imbalances across regions, with every region outside the South-East lying below the UK average. These facts suggest that we have an investment problem notwithstanding the fact that we are a service sector led economy, which in turn implies a financing (and thus financial sector) problem as well.

Could this in part be down to the size of the finance sector itself? Looking below the headline figures reveals that only a very small proportion of UK banks’ assets are loans to businesses. Lending (whether through loans or securities) to the non-finance sector accounts for only 20 per cent of bank balance sheets, with the rest accounted for by inter-banks claims.

Even then, these figures do not capture the true scale of the discrepancy. The Bank of England data excludes the trade in derivatives, which John Kay has shown is often several times larger than UK banks’ balance sheets, meaning that loans to the non-financial economy make up a conspicuously small proportion of banking interests.

But if the bulk of financial firms’ activities and profits depend on intra-financial sector dealings, then they will dedicate most of their resources to those, rather than to the needs of the rest of the economy. Worse still, of the total lending to non-finance firms, roughly two thirds go towards mortgages. Of the rest, which is business lending, the majority goes to acquiring real estate assets – neither of which can always be described as productive investment.

On the face of it, and despite its size, the evidence appears to suggests that the size of finance in the UK has done little to improve productive investment. How this can be fixed is one of the questions the IPPR Commission on Economic Justice is seeking to answer.