The economy did not grow beyond 2007 levels of production until 2015 in “real terms” (which means after adjusting for inflation), and ever since the recovery has been fragile with the economy shrinking again between 2017 and 2018. Looking across 2007-2018 the Northern Ireland economy grew by just 0.5% a year on average compared to the UK which grew at 1.3% on average over the same period.

This means that the gap has been widening between Northern Ireland the rest of the UK economy.

The number of jobs in the economy has grown, but the character of the job market has changed

Despite this, the number of jobs in Northern Ireland have more than kept pace with the increase in the number of people who live there.

The jobs which have been created and destroyed since 2007 buck a number of UK trends.

Trade union membership is the highest in the UK

Trade Union membership has been falling in Northern Ireland but less quickly than elsewhere. 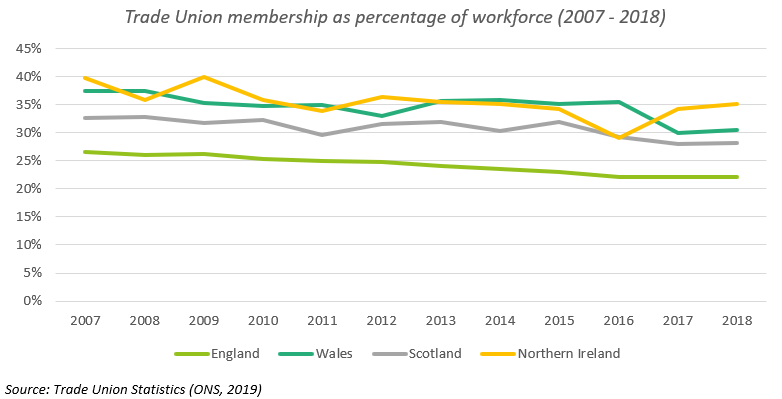