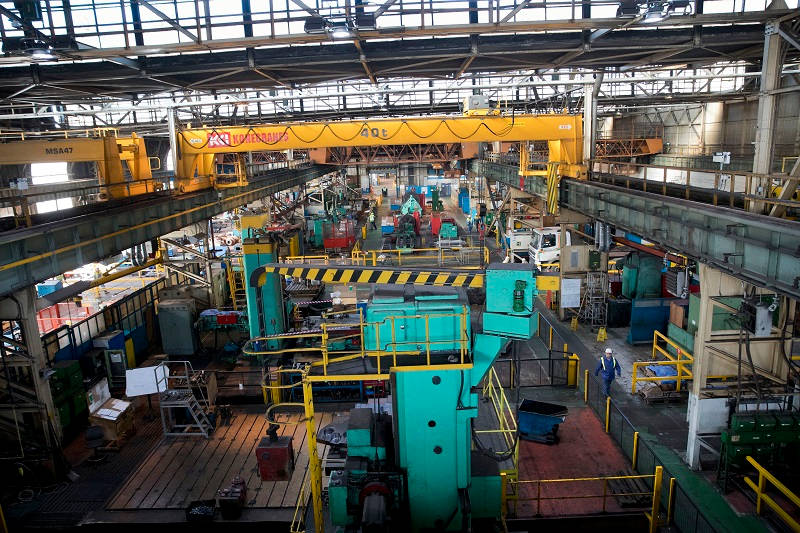 Beyond the general election, it seems evident that Brexit will become the black hole of British politics, sucking the nation’s political energy, imagination and attention towards it. Given the scale of the challenge – political, constitutional, economic - this is understandable. Yet whether the UK had voted to remain or leave, we are still facing a decade of profound disruption due to an accelerating wave of economic, social and technological change. The challenges and opportunities these transformations present have been obscured by the Brexit debate, with crucial policy questions failing to receive the scrutiny they deserve. One major source of disruption in coming decades is automation.

Automation can be defined simply as the application of technologies in the production process to reduce or replace human labour. This is not a new phenomenon: we have produced and adapted technologies that either substitute or complement human labour throughout the history of human societies.

What is new is that the emerging ‘fourth industrial revolution’ is driven by a series of technologies that are rapidly increasing both the physical and cognitive capacity of machines: brawn and now brain. These include digitalisation, robotics and artificial intelligence (AI). As a result, automating technologies are capable of performing an increasingly wide range of tasks – and a job is simply a bundle of tasks – that were once the sole preserve of humans.

The scale of potential disruption is dramatic. IPPR analysis estimates that more than 10 million jobs in the UK – a third of the total – are potentially fully automatable in the next two decades, while the Bank of England suggest that 15 million jobs face a medium to high risk of being automated.

Yet in many ways, the discussion about numbers misses the point. The potential technical feasibility of automating technologies to replace and redesign jobs in various sectors and occupations is clearly considerable. Crucially, though, the pace, extent, and distributional effect of automation will be shaped not just by technical but by economic and social factors. These range from the relative cost of capital and labour, to the regulatory framework and the broader ethical and cultural norms under which change occurs. In all these ways, politics and public policy will play a critical role in influencing how automation affects society. We are not travelling to a preordained destination: we have the opportunity to make choices about the speed, forms and impact of automation which occur in the coming decades.

This election should therefore be an opportunity to ask ourselves how best to use the rapid advances in technology to address our economic and social challenges.

For example, in the short term, it is arguably the relative absence of robots and AI, not their preponderance, that is the problem. The UK has a ‘long tail’ of low-wage, low-productivity companies in the UK which have not been investing sufficiently in productivity-enhancing technologies, to the detriment of the UK’s aggregate productivity, and therefore to wages and incomes. A key question for the government’s industrial strategy should therefore be how best to accelerate diffusion of new technologies. This might include options such as more effective coordinating institutions to raising wages to incentivise automation.

At the same time, automation will transform how we work. As machine capabilities surge, human work is likely focus on our core comparative advantages over automating technologies, particularly in creative, analytical, caring, physically dexterous, and emotional work. In turn, this raises questions about how to redesign our education and skills system for the machine age.

Finally, it is becoming clear that, without public intervention, automation is likely to increase rates of inequality, as capital is substituted for labour and downward pressure is placed on the wages of the relatively low-skilled (who are those currently most at risk). So we also need to be debating the institutions we need to ensure that everyone can share in the productivity dividend which automation brings.

These are critical issues. How we respond to them will shape the society we all will live in in coming decades. Yet they are barely present in current political debates. This is why IPPR has launched its Commission on Economic Justice, and will be publishing a new working paper setting out how we can shape the new machine age so it can help us all live agreeably and well.