This analysis of was handed out at our event Economic Justice in the South East. The event was part of a UK-wide series of public meetings held by the IPPR Centre for Economic Justice.

Housing has become much less affordable for ordinary people in the South East as a result. Full-time earnings grew by just 19% over this period, compared to house prices which grew by 50%. High prices in the South East make the region particularly vulnerable to a potential house price crash.

Trade union membership is joint lowest of anywhere in the UK

In 2018, just 18% of employees in the South East were a member of a trade union, the joint lowest of any region. This is important for living standards as trade unions help negotiate higher wages and better working conditions for their members.

Although the South East is a wealthy region overall, this varies a lot within the region, with coastal regions having much lower regional incomes

Whilst some areas are substantially richer than average, areas such as Medway, East Kent and the Isle of Wight have lower regional incomes (per person) than the EU average. 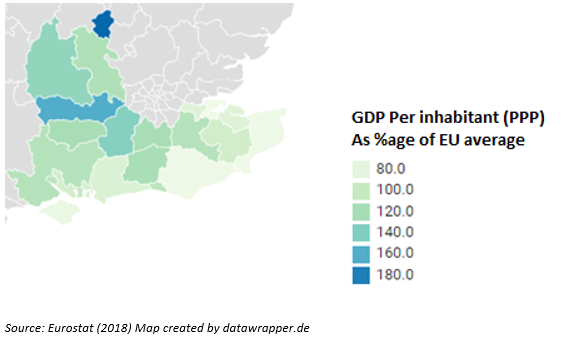 Although the UK as a whole has substantial gaps in pay between higher and lower earners, this is particularly marked in the South East. 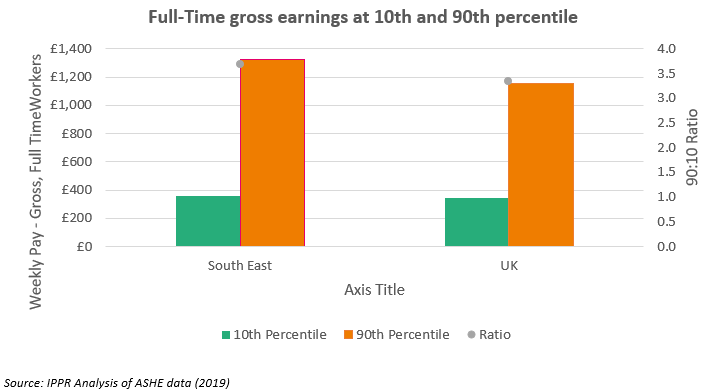 The ratio between these numbers, the 90:10 ratio, a common measure of pay inequality, is higher in the South East than the UK as a whole.