This analysis was handed out at our event Economic Justice for the South West. The event was part of a UK-wide series of public meetings held by the IPPR Centre for Economic Justice.

Government investment has been significantly lower than the UK average

The South West has seen some of the lowest levels of government net investment (additional spending on schools, hospitals, roads etc. accounting for estimated “wear and tear” which occurs in that year) per head than anywhere else in the UK, and this is true both now and historically.

The region exports fewer goods and services than elsewhere 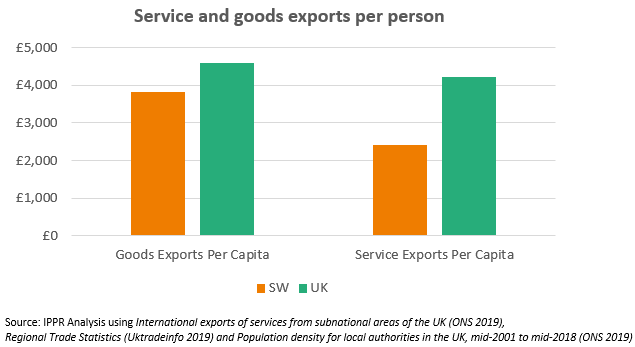 Unemployment is below the UK average and still falling

However, the region performs well on measures of unemployment, which is the lowest in any region or country in Great Britain. Unemployment in the South West has been consistently lower than the UK average over the past 20 years. You are more than 30% less likely to be unemployed in the South West than average, according to the latest data. This is not just because there are fewer people looking for work: the region also has above average employment rates despite having the highest proportion of pensioners of any region.

Less than 3% of those in the labour market1 are unable to find work in the South West. 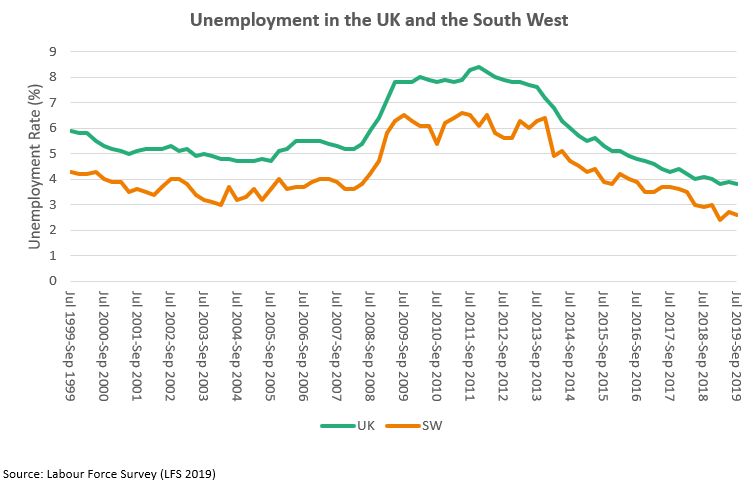 Further, the region has the joint lowest (with the South East) percentage of working age people with no or low qualifications.

1. To be “in the labour market” means you are either working or seeking work