Pay - Average earnings in the North West grew from £440 per week in 2011 to £510 per week in 2018. This equates to growth of 2.1% per year. This growth was above average for the UK as a whole. However, around three in ten workers are still paid less than the Real Living Wage of £9.00 per hour (this is estimated to be the minimum needed to afford the cost of living).1 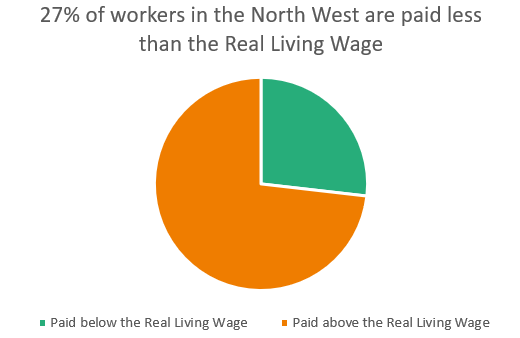 International Competitiveness - The value of the goods exported in the North West in 2018 was £28bn, or £6,100 per working age person.2 Relative to the size of its population, the North West exported fewer goods than any other region in the UK other than Yorkshire and the Humber, and a third lower than the West Midlands. This is despite the proportion of jobs in manufacturing being very similar in the two regions, at around one in ten.3 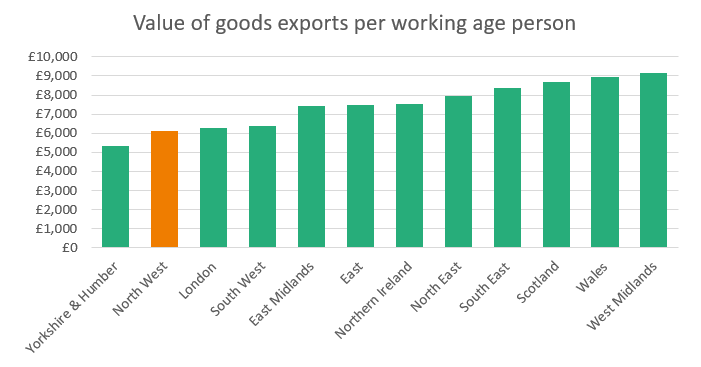